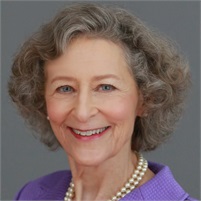 In 1996, while in studying for her MBA, Sallie Mullins Thompson started her business management and consulting practice, providing financial services to professionals, families, and small business owners in the areas of accounting; tax return preparation; budgeting & cash flow projections; payroll reporting; income and asset protection; and college and retirement planning.

In addition, she is a fee-based financial planner and investment advisor; holds licenses to sell variable insurance and annuity products; and has managed the financial lives of her clients since 1994. Sallie reorganized as a NYS PLLC in June 2012. She joined HD Vest Financial Services in May 2012; prior to that, she was with Mass Mutual for two years. Before beginning her financial services practice, Sallie spent 20 years with IBM in NYC and Houston as a marketing representative, system engineer, and project manager.

In 2012, Sallie was awarded the PFS certification, given only to CPAs, by the American Institute of CPAs. She passed the CFP exam on her first attempt in 2011 and attained CFP certification in 2012. In 2002, she passed all four parts of the CPA at her first sitting and acquired her Texas and NY CPA certificates in 2005 and 2010, respectively.

She received her MBA in Accounting from Houston Baptist University in May 2001; has a M. Ed in Guidance and Counseling from Florida Atlantic University in Boca Raton, FL; and obtained her BA in Psychology, English, and Sociology, from Sweet Briar College in Virginia.

Sallie is currently Treasurer of her coop board, since 2008, and was a trustee on the board of the Morris-Jumel Mansion, Inc. from 2007-14, where she served as Treasurer and chair of the Finance, Governance, and Audit committees. She was recently appointed to the Leadership Advisory Council of Women Impacting Public Policy (WIPP), where she has been a member since its inception in 2001 and was a National Founding Partner.

In December 2014, Sallie was appointed by the US Treasury to a three-year term, representing New York, on the Taxpayer Advocacy Panel (TAP), a Federal Advisory Committee, composed of citizen advisers, who act on behalf of US taxpayers by making recommendations to the IRS regarding taxpayer service, satisfaction, and compliance improvements. In 2017 she is serving as the TAP Vice Chair.

Sallie joined the National Association of Women Business Owners (NAWBO), New York Chapter in 2006, where she was VP Governance, chair of the Audit & Nominating committees, Treasurer, and Controller. Prior to that, she served on the Board of the Greater Houston NAWBO Chapter where she held the positions of Treasurer & Public Policy Representative. At the national NAWBO level during the years 2004-06, Sallie was chair of the governing board of the NAWBO PAC and served on NAWBO’s national board of directors.

During her Houston years, Sallie was Director, Treasurer, and Business Manager for her homeowners’ association from 1995 until May 2001. From 1995 until 1999, she was on the Board of Directors and Chairperson of the Finance and Administration Committee at ESCAPE Family Resource Center. She was also a member of the Greater Southwest Houston Chamber of Commerce where she co-chaired its Governmental Affairs task force.

Sallie’s personal interests are animal advocacy, recycling, and public policy issues that affect women-owned businesses. She is the proud mother of daughter Kathryn and doting grandmother of Max and Parker who live in Washington, DC. In 2005, Sallie, after 30 years in Houston, moved back to NYC where she lives in the West Village with her adorable cats, Sprinkles and Snuggles, and her husband, Ralph.